At the age of 103, Julia Hawkins, nicknamed “Hurricane”, won gold medals in both the 50-meter dash and the 100-meter dash in the women’s 100-plus division at the 2019 Senior Games in Albuquerque, New Mexico, Hawkins.

Two years ago, she set a world record with her 100-meter dash.

This time, she finished slightly slower at the race. She said that it might be due to the fact that she is older now or due to the atmosphere. 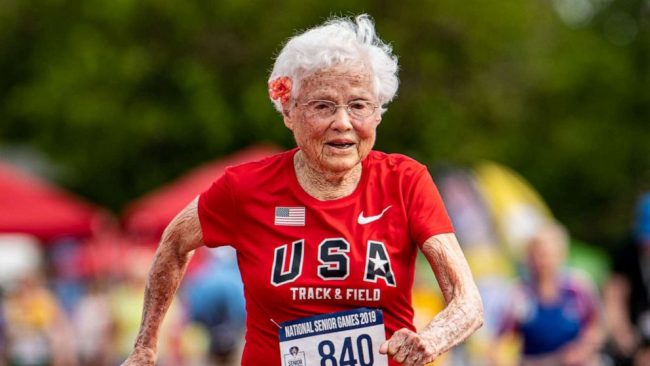 Yet, she picked up competitive cycling in her 80s, participating in the senior Olympics, and managed to win numerous national titles.

At the age of 100, she turned to running, as biking on mountainous courses became too challenging, and she became the only competitor in her division.

The National Senior Games Association, the non-profit organization that runs the Senior Games, reports that she is the oldest woman to compete on an American track. 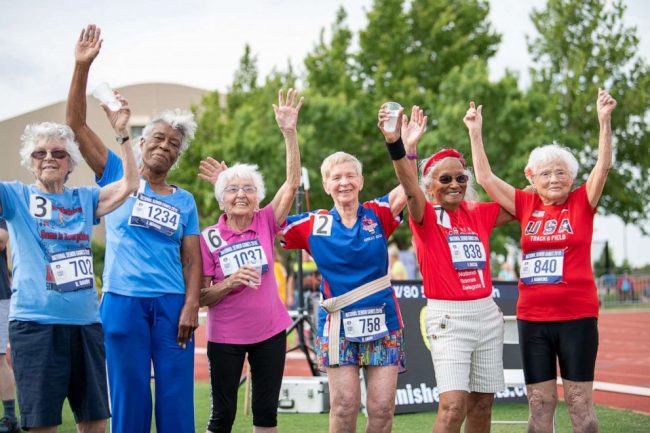 When asked about the secret of her longevity, she admits not exercising anymore, but she keeps herself busy all the time, she keeps moving. Her main physical activity is working in her garden.

She had been working as a teacher, and after her retirement, she says that a combination of things keeps her going- from her yard work around her home in Baton Rouge to the challenges of competition. She says that she has an acre of land, and work in it all the time, as she has 30 bonsai bushes, some of which are 40 or 50 years old.

She also eats a healthy diet and controls her body weight.

She claims her back, hips, and knees are in an excellent condition, due to the years of cycling, but her eyesight troubles her.

Hurricane keeps all her gold medals in a bow her husband made for her, and when it comes to planning a next race, she says that at her age, every day is a miracle, so she cannot predict it, but she remains positive.

Considering her amazing spirit and strength, we will be expecting her!

Studies Show that Husbands Stress Women Twice as Much as Children

11 Best Ways To Get Rid Of Garden Weeds Organically