Don’t Walk Past volunteers found Anne in the streets of Manchester City, offering her safe place to stay and warm meals

The story of Anne brought tears to our eyes, and the unfortunate lady was finally given a chance for a better life.

Anne was a “lonely and scared” elderly woman who was sleeping on a duvet in the streets of Manchester city. The photo of her sleeping on Market Street went viral, and someone decided to give the lady a decent home.

How did Anne end up sleeping in the street? We don’t have much information about Anne’s past but we do know that the lady is well taken care of now.

Matthew Hudson is a member of Don’t Walk Past. He and fellow volunteers were the first to spot poor Anne. Lauren Jones was working with the group that day. They were in the streets, giving homeless people hot meals for the day.

Jones took a photo of the shivering lady. According to her, Anne was offered a spot outside the city center, but she didn’t accept it for her own reason.

Jones and her group got a hotel room for Anne. 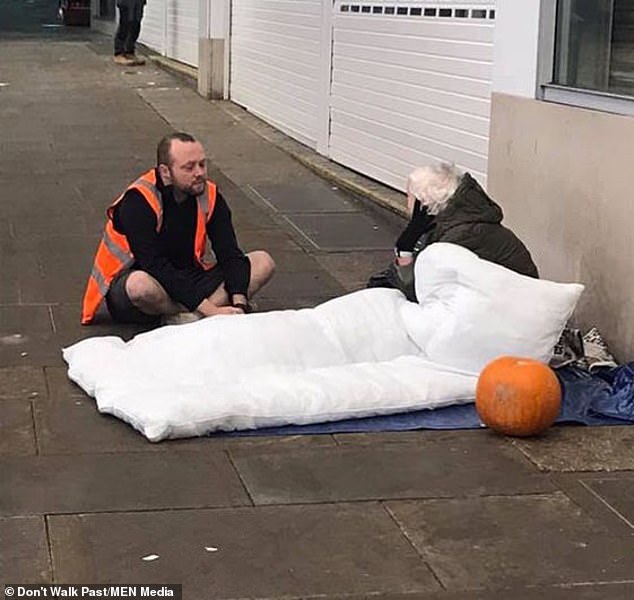 “She was very confused,” Jones said. “She was scared. She was sitting on a tarpaulin, with just a duvet. She was freezing cold.”

The big-hearted lady offered to help Anne. But, it was up to Anne to make the decision.

“We made a few phone calls and gave her our card, to let her know we could help. People have said, ‘She can stay with me,’ but it’s not as simple as that. We went home and it played on our minds even more. We left at midnight and it was cold and wet. She was still out there.

I posted that picture on Facebook and it went viral. The picture was really shocking. It broke my heart. I knew it was distressing yet powerful, but I didn’t realize how many people would be touched by it.”

Don’t Walk Past charity founder Ronny English shared his thoughts on the situation. Anne was “newly homeless” and she was really scared. According to him, Anne had paranoia and other mental health issues. She thought that people were following her all the time.

“She was newly homeless -- she had only sound herself on the streets for just a week. She was scared. We put her up in a hotel for a few days but now social services have stepped in to help. In my experience, that means she will get a place in a hostel or sheltered housing. She has a few mental health problems and was paranoid people were following her.”

Jones and her fellow volunteers contacted Manchester City Council. They returned to Anne to check her out. The lady was in her 60s. 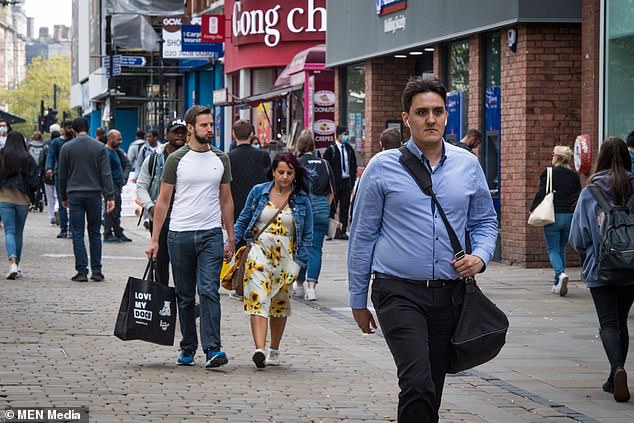 Outreach teams were sent to search for Anne. The lady was a priority, and they had to act quickly.

“We are working to find her as a priority so she can be found accommodation and offered all the support at our disposal.”

Jones found Anne, and she was pretty upset.

“She was very upset. She said she’s been moved on from where she’d been. She was in Piccadilly Gardens. It was scary for her, there were lots of noise. She said it was like ‘Armageddon. We’re still trying to find out what happened to her, how she ended up on the streets. We’ve given her a new phone with a new SIM card. We can’t force anybody to do anything. It’s about gaining trust -- we’re here if she needs us.”

Jones, her friends from Don’t Walk Past, authorities, and locals tried to find out how Anne ended up in the streets. Authorities can be of great help in the process. Finding Anne a safe spot is a priority now.

Ronny English founded Don’t Walk Past to help people like Anne. The whole thing started when English saw someone freezing cold and sitting in a wheelchair.

“He saw someone freezing cold and wet through sat in a wheelchair in Manchester one night. He knew he had to do something about it. It all started from there -- a few people from Salford wanting to give back. People are only a few lost paydays away from being in that position. Our message is clear -- if you have the capacity to do something to help, stop walking, and do it. Don’t walk past.”

About 4,300 members of the Don’t Walk Past organization take care of the unfortunate.

Anne is not the only person in the streets. There are so many people like her. They all need help of any kind. Warm food, some clothes, a safe place, and medical help.

The City of Manchester and Don’t Walk Past had a quick reaction and Anne is more than grateful to receive all this love and support.

“We are pleased to see that quick action was taken to get this woman off the streets and into safe, stable accommodation,” A Manchester City Council spokesman said. “Our outreach team worked alongside homelessness charities and organizations to find her after being alerted on Wednesday.

While we were unsuccessful, we were relieved to learn that she had been found by a partner charity. The public’s response has been gratifying to see and reinforces our belief that no Mancunian will stand idly by when people are forced to sleep rough.

We will always do everything in our power to support people in need and I now hope this woman gets all the help she needs to prevent her from ever having to sleep rough again.”

I Love My Daughter With All My Heart