Jonathan, the gentle giant, has been making headlines for nearly two centuries and experts have long discussed his celebrity lifestyle

Jonathan the tortoise was a tiny hatchling in 1832. He came to this world way before the lightbulb was invented. Things looked a lot different back in the days. Cars were half a century away and people were riding horses.

Jonathan witnessed the invention of the lightbulb and the first car. He is a Seychelles giant tortoise and celebrated his 189th birthday. Yes, Jonathan is the oldest-known animal in the world.

He enjoys life on the remote island of St. Helena in the South Atlantic. The big tortoise has been thriving on the island since the late 1880s. 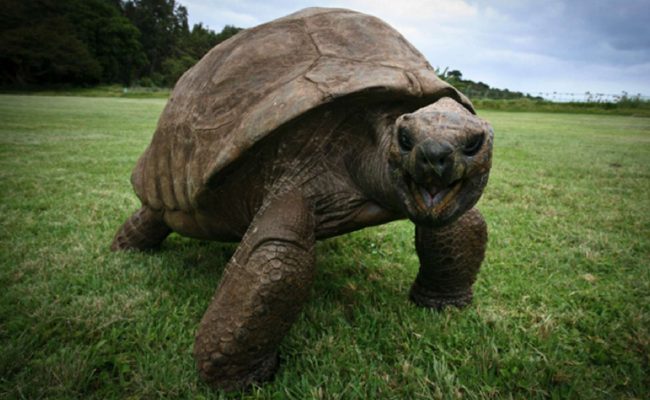 Teeny Lucy, chairperson for the local SPCA, and a few others take care of Jonathan. The tortoise lives in the historic governor’s mansion. Lucy and a few others visit Jonathan throughout the week and bring him fresh vegetables.

“Jonathan is an icon here,” Lucy told The Dodo in 2019. “He is a grand old gentleman who has seen it all. He landed on St. Helena in 1882 as a fully grown adult; he has seen generations of people coming and going.” 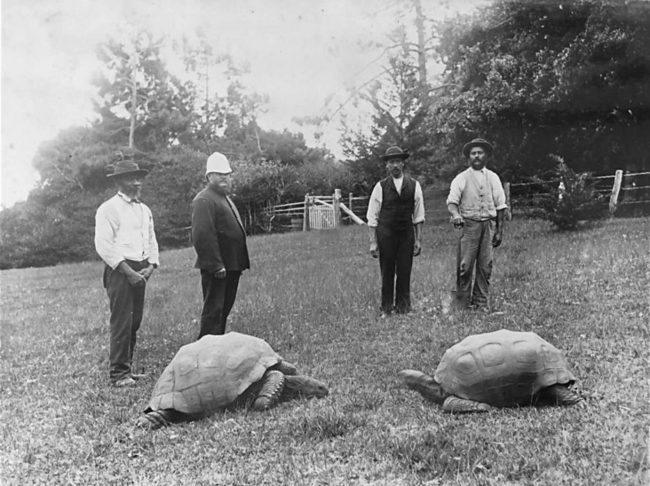 Lucy explained that Jonathan’s age has surprised a lot of people. The big tortoise is the oldest member of his companions in the area. There are three other giant tortoises. Davis is the second-oldest tortoise and he is 82. They are best friends!

According to Lucy, Jonathan is fully blind but moves around well. He lounges in the sun all day and enjoys eating his grass and hanging around with his big friends.

Jonathan is living a peaceful life but he is definitely a celebrity. The government put his portrait on the back of the island’s five pence coin. 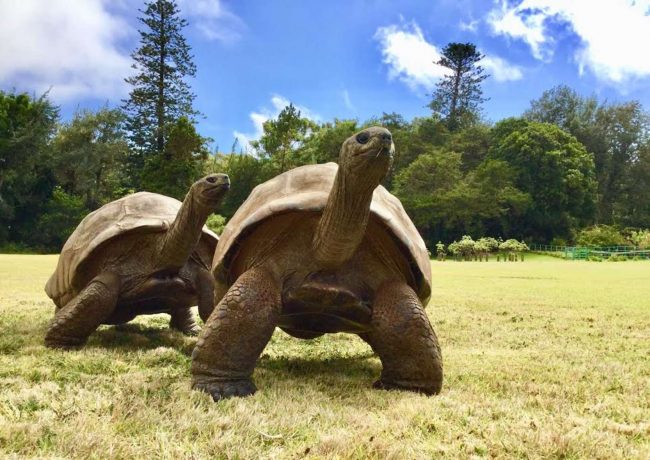 “Being the oldest land animal in the world, he has almost royal status here,” Lucy said. “He is dignified and interacts in a friendly way as long as people move slowly around him. We are all very fond of him.”

Jonathan is happy and really social. He has been making headlines for quite some time. Unfortunately, the giant tortoise had some medical issues, and his caretakers proposed a little diet change. He got back to his great shape and looks amazing. 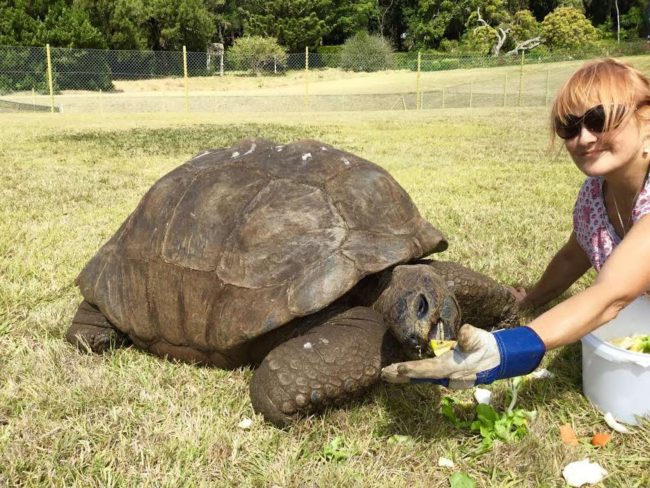 “We started feeding Jonathan on a weekly basis a few years ago to supplement his grass diet and boost his nutrition,” she said. “This was because the island vet realized that his beak (that he scythes grass with) was soft and crumbly and that he was too cold and had lost weight. All that has reversed now and he is as fit as a fiddle!” 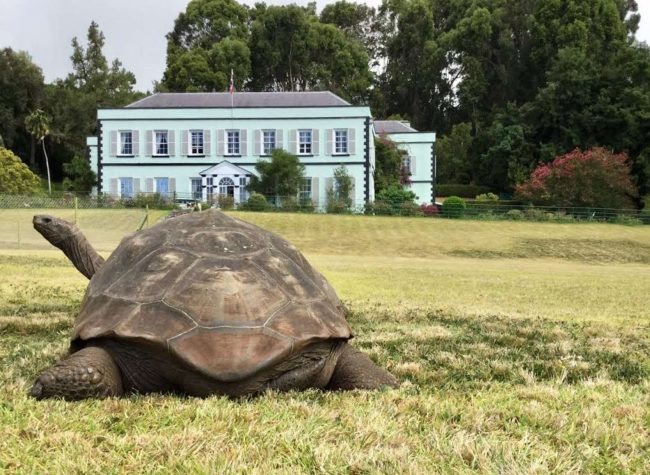 Jonathan’s caretakers have changed over the years and he likes them all. Of course, they have to bring some fresh snacks.

“He knows my voice and he knows the vet’s voice and reacts by walking toward us,” Lucy said. “It’s all about the food!”

Butterfly Plants: 16 Plants To Turn Your Backyard Into A Butterfly Paradise