Dalmatians are really cute and intelligent. Pups are born white, and their black or deep brown spots appear after 10 days. When do the first spots develop? No one can tell that.

However, we do know that Dalmatians are an excellent addition to every family. Some say they are the best home dogs. Well, one particular dog is more popular than his friends. Ladies and gentlemen, meet Wiley! 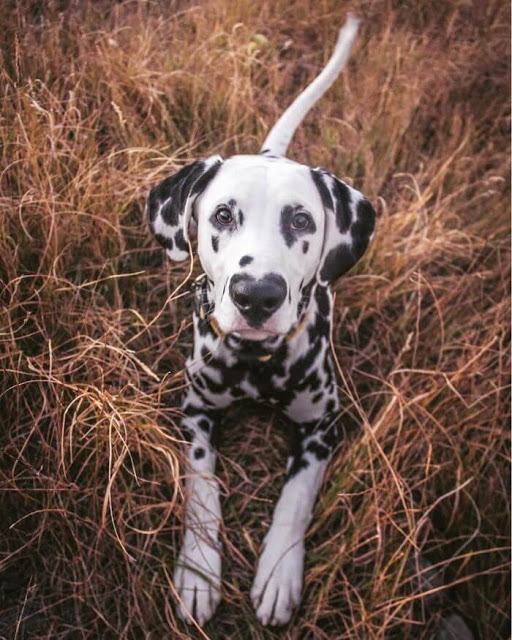 Wiley became popular for the heart-shaped black spot on his nose. His Instagram followers can’t get enough of his cuteness. Lexi Smith is the proud owner of this amazing dad.

According to the 26-year-old, Wiley is “a 54-pound ball of curiosity, craziness, sassiness, cuddling, hunger, clumsiness and love.” She made an Instagram account for her dog, and the number of followers keeps growing every day.

“When the account first started growing I remember thinking ‘Wow, what if he hits 5,000 followers!’ I never in a million years could have imagined it would be what it is now. And it’s STILL GROWING. I am constantly amazed, shocked, but mostly so grateful. It has been a fun little adventure, that’s for sure.” 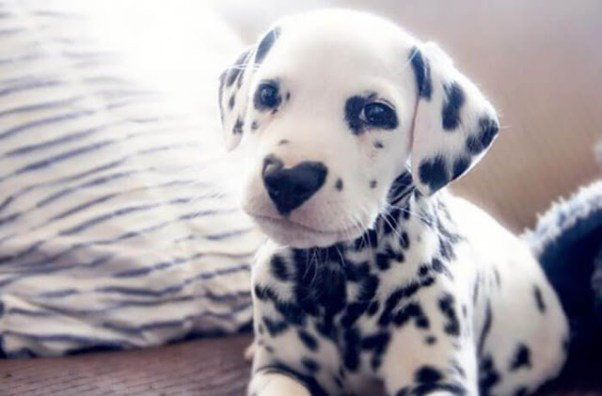 Why did she choose Wiley? The little pup liked to eat, snuggle and sleep. That’s all. They really had so much in common. The heart-shaped spot on Wiley’s nose wasn’t even there when she got him. It wasn’t even formed!

“I had a tough choice in choosing him. The heart was there, but not fully formed to the point where I believed it would stay since Dalmatian spots change so much as they grow. I chose him because the breeder told me that all he did was sleep, snuggle, and eat, so we already had a lot in common.”

Wiley likes all the attention he can get. Lexi, her friends and family love him!

Do you know that people recognize Wiley on the streets? He is an Instagram celebrity after all.

Lexi’s world isn’t really pink. Wiley is a stubborn pup, and his owner has to put up with that incredible personality. But, Lexi would never give up on her beautiful dog.

“Wiley’s truest Dalmatian traits are constantly making me laugh. Usually, it’s a giggle paired with shaking my head, laughing off total frustration from his stubbornness, but that’s part of owning the breed. If you can’t laugh it off and be creative in finding a solution and training the naughty traits out of them, life with a Dalmatian would be such a challenge.”

Same as almost every other dog, Wiley loves a good hike and long car rides. He enjoys gazing through the front window.

History suggests that Dalmatians once traveled with Gypsies. The breed is named after Dalmatia, Croatia. It’s an athletic breed, and first historical records appeared hundred years ago. Dalmatians were carriage dogs, and their owners often used their skills in hunting or even firefighting.

How would you describe a Dalmatian? These dogs are incredibly energetic and friendly. Of course, you can’t miss their dark spots.

Experts would describe them as intelligent, active, gentle, patient, social, playful and non-aggressive. They are really protective with kids. Dogs from this breed require a good training as it’s necessary for their behavior.

The dogs have a unique urinary system and this requires special treatment. Their diet should consist of low-protein food and they need a constant supply of fresh water. That’s the secret of their long and healthy life.

Seeing Unhealthy Patterns In Your Family

How To Stop Being Lazy