Self-checkout machines are common in almost every mall and store. Well, Canadians decided to put an end to this, because the machines are taking someone’s job. Once customer said it well. Machines don’t pay taxes.

A study conducted by the Canadian Broadcasting Corporation (CBC) revealed that a great number of Canadians rebel against the use of self-checkout registers.

Many citizens believe that the use of these machines will increase unemployment rates in Canada. In an interview with CBC, Dan Morris said, “They’re trying to herd everyone in, get everyone used to the self-checkouts to cut down on staff. Machines don’t pay taxes. They don’t pay into the pension plan.”

Most people agree with Morris. Self-checkout machines will throw families into financial chaos. Tom Eburne from Chilliwack, British Columbia, notes that he doesn’t even approach the machines.

He will try his best to make sure that the malls he visits keep employing cashiers. In his interview with the CBC, Morris said, “We will resist as long as we can. I think any job loss is a step backwards.”

Customers are convinced that self-checkout machines may trigger an economic crisis and damage Canada’s economy. Thousands of people will lose their job should these machines become a common part of every store.

There are also people who say that these machines will provide benefits to business as they reduce labor costs.

Sean Mullin, Executive Director of the Brookfield Institute of Innovation and Entrepreneurship at Ryerson University in Toronto said, “To kind of cling to an old model just because it involves workers is not something that companies and others are set up to do.”

Tom’s wife, Peggy, talked to CBC about her experience with self-checkout machines. She has never used one. Automating every job we do is absolutely wrong. 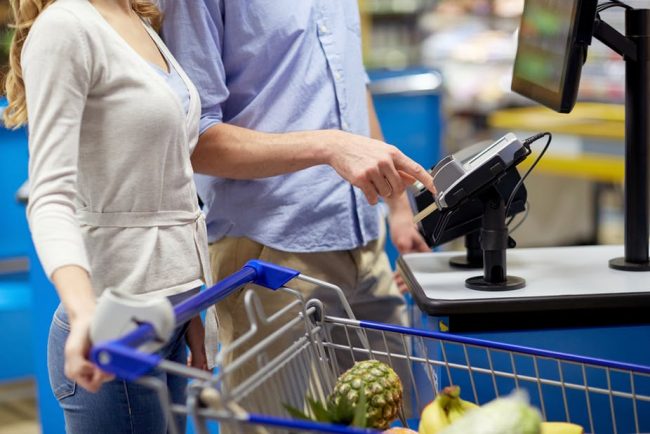 Will their resistance stop the process? Canadians will keep boycotting the use of self-checkout machines to protect cashiers’ jobs.

Their effort may be small, but they won’t leave the cause. Do you approve this resistance? Would you do the same?