People find it extremely hard to rebuild their life after an abusive relationship. The experience is highly emotional and traumatic, and many victims find it easier to remain in the relationship out of fear.

They feel helpless, especially if they do not have the needed resourced available.

Studies have shown that abusers usually torment their victims by gaslighting and isolating them from their family and friends. Being trapped in such a miserable relationship is difficult on its own, not to mention packing up things and moving out.

Yet, many of these victims have been lucky enough to meet Aaron and Evan Steed from a California moving company.

These kind guys offer these women a chance to complete the move for them, free of charge. Their company Meathead Movers was launched in 1997 when the two high school athletes were trying to earn extra cash.

Their services cost $20 and a pizza then, but as the business grew, the brothers started getting calls from panicking women who asked them to help them move out before the abusers came back home.

The boys always rushed to their homes to help them but refused to get any compensation. 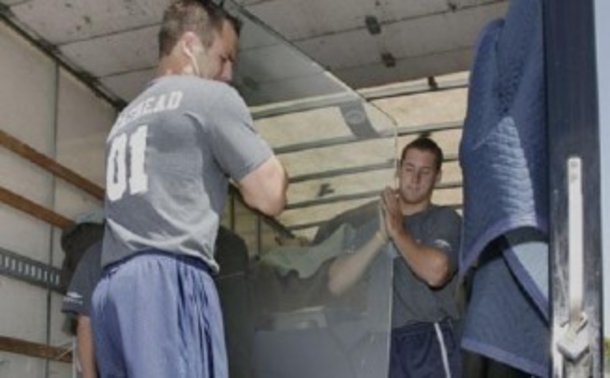 “To our unfortunate surprise, during the first two or three years running the company, I’d be the one who would pick up the calls. I’d periodically get calls from someone — usually a woman — fleeing an abusive relationship. There were a lot of intense moments and crying.

I remember the conversations pretty vividly and feeling a tremendous amount of panic and sadness. Handling those phone calls made it very real very quick. As the jobs went on, we realized we were potentially saving lives.”

After an unpleasant situation in 2000, when the abuser returned home in the middle of the move, the company decided to partner with a local women’s shelter and make sure the women and the team were safe.

“What was good about that is, they could be vetting the requests for help, supporting the women with counseling, and making sure when we went in, the proper restraining orders were in place, or police were on hand if necessary.”

Beth Raub, director of the local women’s shelter, explained that one of their employees is always on-site the day of the move to “call law enforcement if things get dicey.”

Since then, the company has expanded into Santa Barabara, Ventura, Orange, Los Angeles, and San Diego counties. Yet, within the first week of the opening of a new office, they always turn to a local women’s shelter.

“It’s the special service we like to offer. These moves became very personal to us, made all the employees so proud, and became part of our mission statement.”

He added that they offer the same services to all victims of domestic violence, men or women. 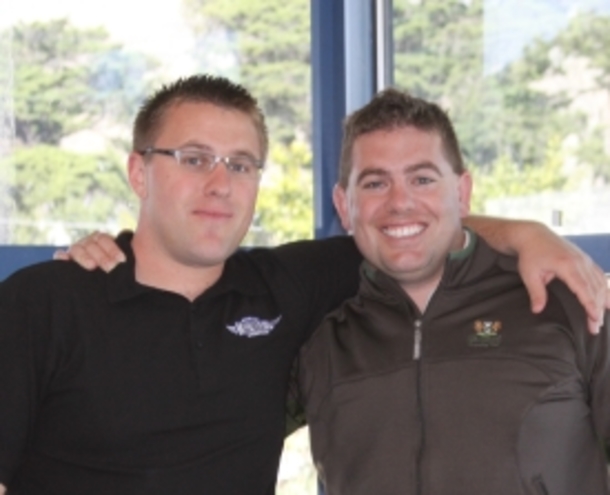 The company launched a campaign, #MoveToEndDV, that asks other businesses to “get creative” and help these victims. They hope to create a like-minded community with 100 new stories of businesses so that victims can use their products or services.

Aaron admitted being excited about it, as being able to help and set an example for others brought purpose and passion to their lives.

“Some of our ideas are for businesses to offer free security systems, a dog kennel service, or for an auto-mechanic to provide oil changes. All those little things would help defer costs of starting over.”

“As I get older, I can’t help but really value and appreciate more and more the tone this sets for my employees who are involved in actually moving these victims.

I can’t help but think and hope that it changes their perception of themselves and their ability to have a major impact to do something that can really help someone in need.

We’ve moved everywhere from the poorest of neighborhoods to the richest people. It doesn’t matter. This [abuse] is everywhere.”

Father And Son Build 50,000 New Beehive Colonies Around The World

A Grandmother Thinks Of Her Grandchildren Day And Night