While observing the game reserve near the Mara River, Antony Tira, a tour guide and fellow photographer at Matira Bush Camp in Kenya, spotted a newborn zebra foal with unusual polka dot markings.

The black dotted foal is believed to be the first of its kind to be seen in the Maasai Mara National Reserve, a preserved area of the savannah in southwestern Kenya.

It is world-renowned for its exceptional populations of elephants, lions, leopards, and cheetahs, as well as the annual migration of wildebeest, zebra, Thomson’s gazelle, and other antelope, to and from the Serengeti, known as the Great Migration. 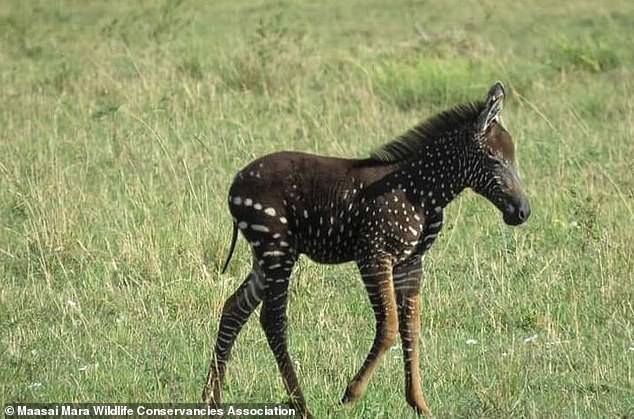 The game reserve is named after the Maasai people, the ancestral inhabitants of the area, and their description of the area when looked at from afar: “Mara” means “spotted” in the local Maasai language of Maa, as there are multiple trees that dot the landscape.

The images of the zebra immediately captured people’s attention, and caused a stampede in the reserve with tour drivers and photographers, hurriedly taking tourists to the lookout area in the game reserve near the Mara River for the rare find.

According to Mr. Felix Migoya, the Mara tour guides and drivers association secretary, it created “an additional wonder” for international tourists who are in the reserve.

Tira explained that he was initially confused when he spotted it. The zebra was hardly a week old, and it appeared weak and very different from the others. It was stuck close to a female adult zebra, probably its mother.

Tira thought the newborn zebra had been captured and marked ‘for the purposes of migration’. On closer inspection, he realized it had a melanin disorder.

The opposite of albinism, melanism occurs when an animal is born with a buildup of dark pigmentation. 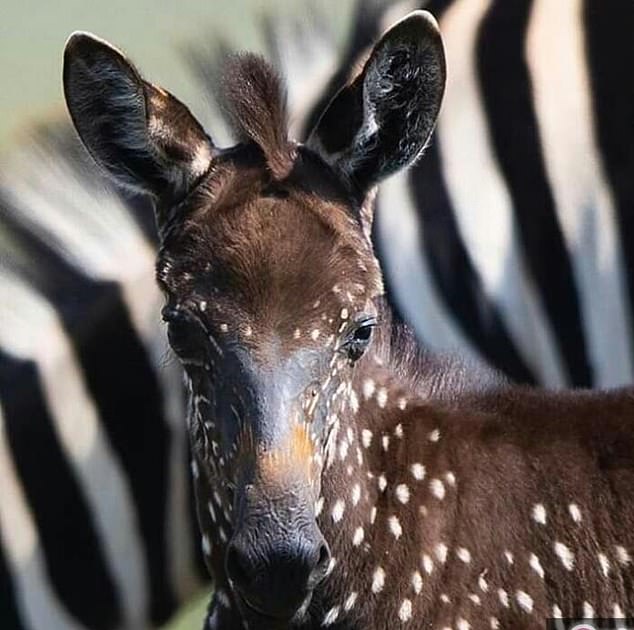 Wildlife specialist at Matira Camp, Parmale Lemein explained that this case is the first in the Mara of such a rare zebra, but unfortunately, no zebras with the same condition in other parks in Africa had survived for longer than six months after being born.

He added that some experts maintain that zebra stripes are formed when melanin is held back and that the ‘default’ color of a zebra is black. Therefore, these claims assert that a zebra is black with white stripes.

Zebras recognize each other by their markings, which are unique for each animal, just like our fingerprints. There are three species of zebra, each with their own distinct markings ranging from stripe patterns to which part of the body is covered.

It is thought that stripes are not for camouflage but instead a way to ward off horsefly bites, which are both dangerous and annoying.

The rare animal was named after the photographer’s surname, Tira.

When In Doubt, Choose Kindness